Writers and Rejection: What Does Being Rejected Mean To You? 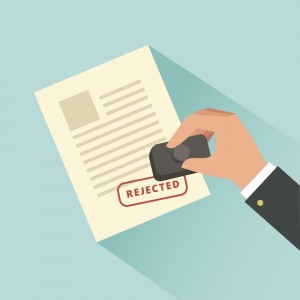 Receiving rejections is part and parcel of any writer’s life. You know the old saying, if you haven’t been rejected, you can’t call yourself a real writer. Just like you’ll never know pain until you’ve gone through childbirth/been kicked in the nuts. Or, you’ll never understand what hard work is like unless you’ve been down the mines, gone to war, or stood for 12 hours weighing raw fish on a factory line while listening to the same Christmas mixtape on repeat for the entire duration (true story).

Rejection is a rite of passage, so much so that we are almost taught to celebrate it. Wear it like a badge of honour. Yes, apparently I should be happy that someone told me that my book wasn’t publishable in an impersonal (dear writer) one line email that does not explain as to why the project I’ve poured my heart and soul into for the past year and a half is not worth reading. That’s wonderful! Thanks for letting me know in the coldest, most brutal way ever.

We cheer ourselves up with tales of how Harry Potter got rejected 800 billion times, or how a publisher told Ernest Hemingway that his efforts were “both tedious and offensive.” We revel in the fact that quite a lot of people think 50 Shades of Grey is a giant bag of garbage, and yet who’s sitting on a big pile of cash feeling probably a bit smug? Not them. We remind ourselves that writing is subjective, that it’s only one person’s opinion. We comfort ourselves in the knowledge that just because this one person doesn’t like it, doesn’t mean that someone who is more aligned with our sensibilities and has a much better nose for true talent won’t find our work the charming, engaging, entertaining piece of magic that it so obviously is.

But isn’t it time we were brutally honest with ourselves? More often than not if we get rejected it isn’t because the book wasn’t ‘quite right for their list’ it’s because the book wasn’t good enough. Editors and agents have one job, and that’s to spot a brilliant piece of writing, a story that will sell. OK, they might have their preferences, but if you’ve written something incredible, they aren’t going to reject it outright just because it might be a little different to the titles they usually publish.

I received what might be considered a ‘positive’ rejection the other day. A publisher had kindly taken the time to tell me that they very much ‘enjoyed’ reading my manuscript, that they thought it was ‘engaging’ and ‘well-written.’ At first, I was delirious, over the moon. I told anyone who would listen (such is the life of an attention-starved writer where even a slight compliment is something I’ll print out and frame like I’ve won some sort of important award). But then, the more I thought about it I realised it didn’t make any difference. I asked my fellow writers what they thought, some said I should be encouraged, others said it was probably still a generic response, in the end, we all agreed, it didn’t matter. The outcome was still the same, and my story wouldn’t be hitting the bookshelves any time soon.

The fact of the matter is, I want them to be brutal. I’d prefer it. It would be far more helpful if an agent thought my manuscript was a pile of old drivel to actually say that, use those exact words, tear me down, laugh at me if they must, but at least then I’d know the truth.

How helpful would it be if terrible writers were told how awful they were? For a start if you were a good one it means that you’d eliminate half the competition, agents and publishers would have more time to consider your work carefully, and perhaps be more willing to take a punt on an unknown author. If you decided to self-publish, your book would be more visible. Readers also may be more willing to trust that it was worth risking the devastating sum of $1.99 for the Kindle edition. This is because they wouldn’t have ever suffered the disappointment of doing so only to be faced with a story so terrible, so poorly written, so offensively boring that they wished they’d bought the paper copy so at least they could have used the pages as emergency loo roll.

Imagine if we were treated like contestants on the X factor. We’d nervously have to read out our work to a panel of literary experts, a live audience sitting behind them who’d just as much love us to be talented as to see our dreams crushed in as vicious and unsparing a way as possible. As the lights dim, we begin to read, falteringly at first, but then we find our feet, our confidence soaring, mum was right, we are amazing! We carry on, the ebb and flow of our lyrical voice filling the auditorium with our carefully crafted words, we’d be so carried away, so into it that…we don’t hear the boos. We see one of the judges, hand in the air to silence us, the other two hiding their faces behind their cue cards, sniggering. We stop. Then they let rip while the audience laughs and boos some more. Our hearts break, perhaps we shout an obscenity, then mic drop, and we’re out, never to write again.

Seriously though, if you are not good at writing wouldn’t you rather just know? I’ve got loads of other things I could be doing with my time, things that, you know, might actually make some money or could mean I spend more time with my family and friends in the sunshine rather than hunched over a desk refusing to speak to anyone until the sun goes down like some sort of cantankerous vampire?

Of course, this is never going to happen. Agents and publishers don’t have the time to give you actual feedback, nor the inclination to tell you to give up. Until they do, the problem with trying to become a published author is that there is always a chance. There is always the carrot dangling, just out of reach, but still ever present, above our heads. With any other job, there is usually a point where you’d say ‘enough is enough.’ If you’ve applied to be an [insert job title here] ten times and never even got an interview, you might think about switching up your career ambitions. With writing, however, it is possible to be rejected 800 billion times, just like Harry Potter was, and then go on to become about 800 billion times richer than any other author just like J.K. Rowling is. If you do get rejected over and over again, you can still self-publish, and it might even be considered by most to be a big bag of garbage, yet you can still make a fortune, entertain and delight people and basically feel pretty pleased with yourself.

So, perhaps, when it comes to rejection, it is time we stopped romanticising it, but also time we stopped paying much attention to it at all. After all, it is what it is, the result is still the same, and all we can do is try, try again. 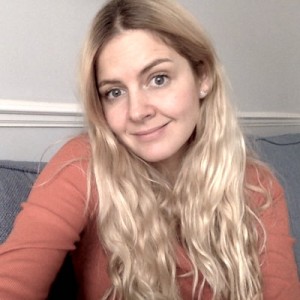 One Response to Writers and Rejection: What Does Being Rejected Mean To You?